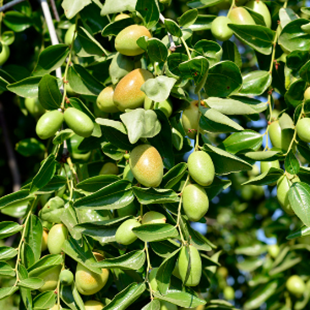 Jojoba oil is from a hearty, perennial evergreen shrub that grows in Mexico and regions of the US. It was originally extracted by Native Americans, but actual cultivation of jojoba for the wax began after the ban of sperm whale oil imports in 1971. It has softening, soothing, and nourishing ingredients that leaves a silky feeling on the skin. Even though it is called an oil, it is actually a liquid wax which forms a thin layer on the skin that prevents transdermal water loss.